The B-52s & The Tubes are ready to give an electrifying performance at Nob Hill Masonic Centre on Friday 28th October 2022. The B-52s announced their highly anticipated North American trek that will begin in August and run till mid-November. The first show of the Farewell Tour will kick off on 8th August, and after visiting major spots of America, the band will wrap up its tour at The Fox Theatre on 11th November 2022. The B-52s surprised their followers with the news that KC and the Sunshine Band and the Tubes would share the stage with them on selected dates as well. The pop and rock greats are ready to rock n roll, are you? Book your tickets now before all of them are sold out! 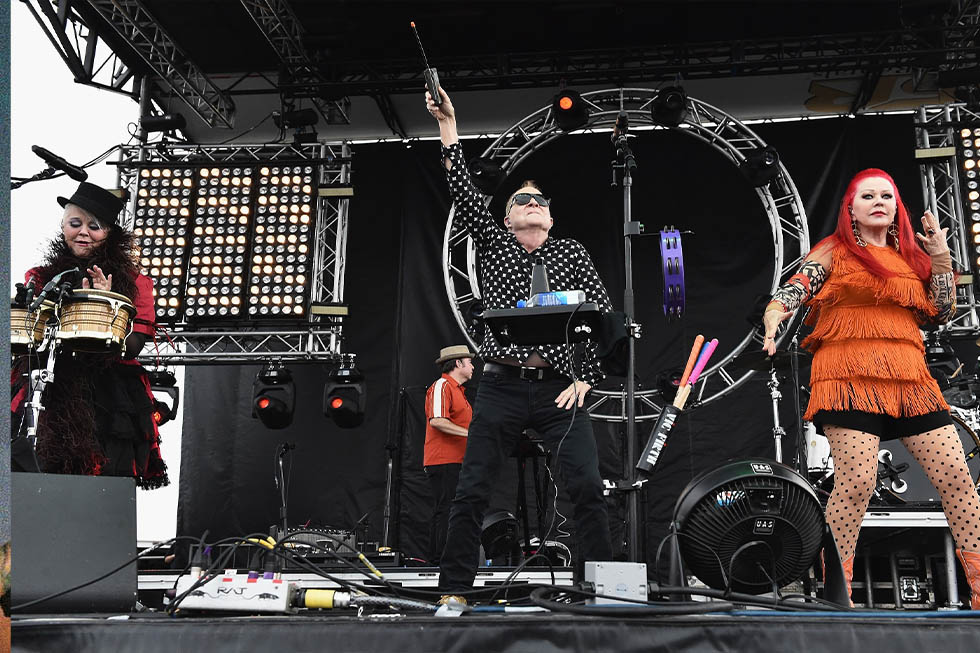 The B-52s is an American group that is famous for their new wave genre, which is presented with their trademark guitar and keyboard fusion. The band's art of call-and-response vocal style is loved by their hardcore fans worldwide. Three times Grammy Award nominees have given exceptional music throughout their career, which reflects in their biggest single hits, Rock Lobster, Party Out of Bounds, Planet Claire and Private Idaho. The B-52s have released seven albums to date, with Funplex being the latest one. The B-52s' singles are very commonly found on notable rankings on the Billboards chart, with several albums getting gold and platinum certifications by RIAA.
Famous hard rock sensation the Tubes got their commercial breakthrough in 1983 from the single She's a Beauty which landed in the top 10 U.S hits. Their songs White Punks on Dope and Don't Touch Me There are still demanded by their fans whenever they step onto the stage for their concerts. Their mind-wobbling rock and punk fusion is a unique blend which is loved by fans across the U.S. The Tubes is renowned for putting up incredible live performances, and so, fans cannot wait for the concert. So, if you are planning to make your evening memorable, book your tickets right away because demand is already on rise.