Santigold comes to Nob Hill Masonic Center on Saturday 5th November 2022, as part of the band’s “The Holified Tour”. The 19-date tour will begin in Atlanta on 9th October and wraps up on 17th November in San Diego. The tour features notable performances in Chicago, Toronto, Brooklyn, Salt Lake City, L.A and other venues. The American singer-songwriter will begin her tour a month after releasing her latest album, Spirituals. Spirituals is due to come out on 9th September, and fans are very excited. Ticket demand is rising because everybody wants to experience the album live for the first time. Spirituals is Santigold’s fourth studio album and is expected to be her biggest one yet! Catch her live at the Nob Hill Masonic Center on 5th November 2022 by getting your tickets right now! 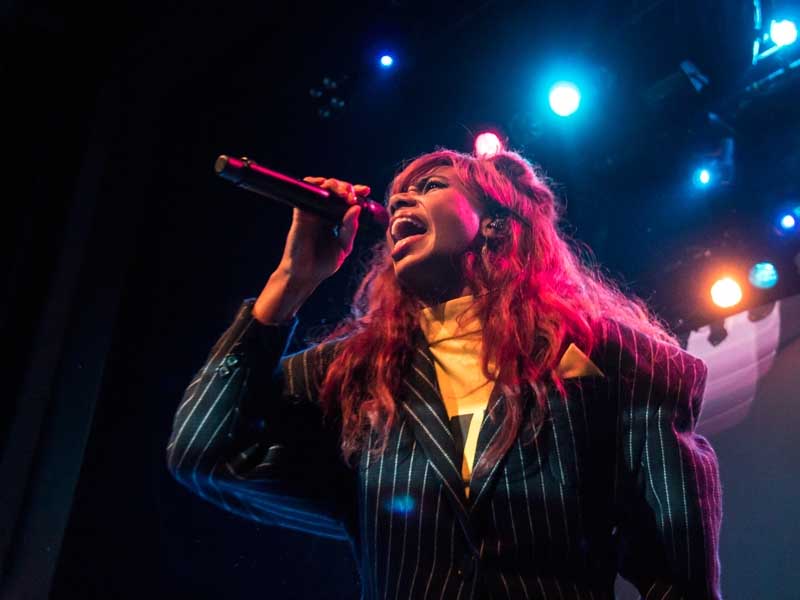 Santigold expressed her excitement about the upcoming album and how it helped her find a way back to herself. She last released her 2018 dancehall mixtape, “I Don’t Want: The Gold Fire Sessions”, and an official studio album, “99¢” which came out in 2016. Both were incredible hits, and the upcoming album is expected to bring a similar response. Fans would love the opportunity to see their favorite star performing it live. She has emerged after nearly four years to produce new music in 2022, and her die-hard supporters are now filled with excitement!
Santigold draws influence from several genres, including electronic, reggae fusion, new wave, indie, alternative hip and alternative dance. Her diverse range of music is why her fans love her and her incredible ability to perform live is appreciated around North America. She has received critical acclaim from several critics for her performances and has performed at some of the biggest music festivals, including the Lollapalooza. Fans are looking forward to Santigold’s upcoming tour because they know they will get the time of their lives! If you’re one of them and want to see Santigold’s magical performance at Nob Hill Masonic Center on 5th November 2022, get your tickets right now before they are all sold out!