Sabrina Claudio comes to Nob Hill Masonic Center on Monday 26th September 2022 as part of her “based on a feeling” 2022 tour. The tour supports her latest album, Based on A Feeling which came out in May 2022 to critical acclaim. The platinum-selling singer has announced a global tour, with an extensive North American leg. The North American dates begin on 25th August from Portland’s Crystal Room and make notable stops in L.A, New York, Atlanta, and more. The final performance of the tour comes in Orlando’s House of Blues on 21st October. She will then leave for Europe for the remainder of her tour. Her fans have been going crazy since the dates were revealed and if you’re one of them, get your tickets quickly before they are sold out! 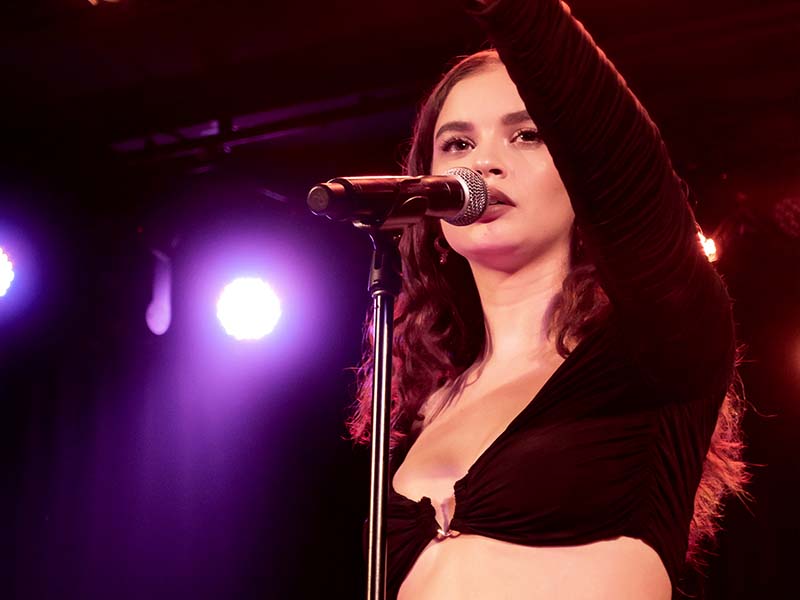 Sabrina Claudio is the highly famed Puerto Rican and Cuban songstress who is known for her incredible stage presence. She does not shy away from displaying spirit, soul and sensuality and provides breathtaking experiences to all her fans. Her last album was the 2020 Christmas Blues which made headlines upon its release. The eight-song collection featured her favorite holiday tracks and included contributions from The Weeknd and Alicia Keys. It was another one of her hit albums.
Based on a Feeling is a true reflection of what Sabrina is all about. The album has been a major hit since its release and has been praised largely by music critics. Her fans have also loved it, and hence, the demand for her upcoming concerts is even higher. Claudio gained fame from SoundCloud in 2017 before releasing her debut LP, Confidently Lost, in 2017. It was one of the best EPs that year from an emerging artist and promised the start of something huge. Everyone knows that she puts up an unforgettable show on stage; hence, her fans want to be there when she is performing. If you want to witness her live too, make sure you buy your tickets this instant before they are all sold out!