Sum 41 and Simple Plan are ready to hit 35 cities across the U.S for their Blame Canada Tour, and they are coming to Nob Hill Masonic Center on Tuesday 9th, August 2022. The two Canadian bands will be pairing up for one of the most extensive tours of 2022 as they celebrate the 20th anniversary of their debut records. The two bands have known each other for quite some while, and fans are pretty excited about the prospect of them getting together. The trek begins on 29th April from The Ritz, Raleigh, making notable stops at New York, Detroit, Chicago, Nashville, Seattle, and more. The tour concludes on 18th August in Denver with the band also performing at Dallas’ So What?! Music Festival. This will be a pretty special occasion, so get your tickets right now and watch the two rock outfits live at Nob Hill Masonic Center on the 9th of August. 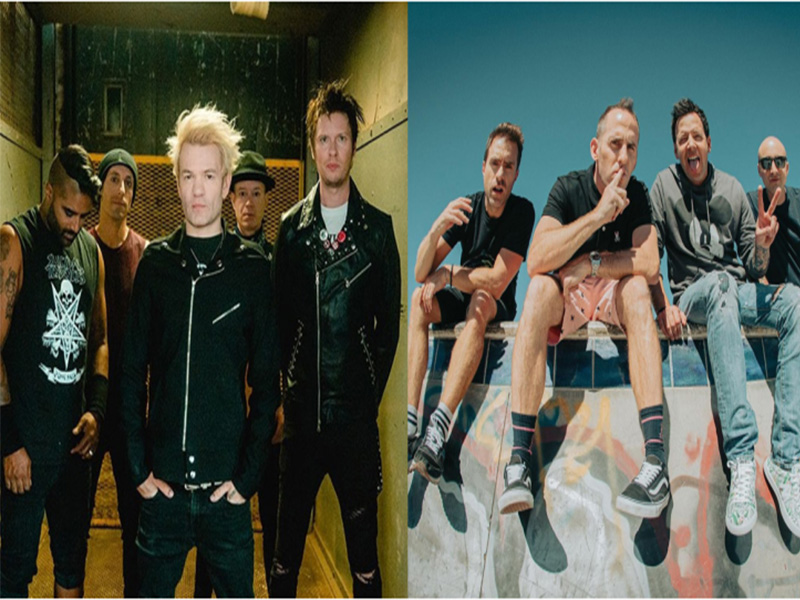 Deryck Whibley, Sum 41's frontman and Pierre Bouvier of Simple Plan, talked to the media and expressed their happiness about getting together for some incredible live performances. The outfits feel that they have a lot of fans in common and hence, it is going to be a special occasion. American rock bands Set it Off and Magnolia Park will feature support on selected tour dates.
Sum 41 will be celebrating their debut album release, All Killer No Filler, which was released in 2001, almost 20 years back. It was their first album and achieved mainstream success, giving the band widespread recognition. It received Platinum certification in U.S and U.K, with a triple Platinum certification in Canada. Fans would be looking forward to hearing hit singles "The Hell Song" and "Still Waiting" on the upcoming tour. Sum 41 is one of the most successful Canadian rock bands with a reputation for being an incredible live-performing act. They are one of the most extensive touring bands, sometimes performing more than 300 times a year on lengthy global tours.
Simple Plan's debut album, No Pads, No Helmets… Just Balls was released in 2002 and was one of Canada's most successful albums. The band will celebrate their debut release's 20th anniversary on the upcoming tour. Together with Sum 41, it will be a special occasion for all Rock and pop-rock fans. If you want to be a part of it, get your tickets ASAP before they are all sold out!