Legendary American guitarist Buddy Guy comes to Nob Hill Masonic Center on Saturday, 24th September 2022. He will once again display his immaculate skills for live audiences with a lengthy U.S tour called the “The Blues Is Alive and Well Tour.” Buddy Guy is looked up to by millions and has influenced generations of guitarists and musicians. The tour kicked off on 7th April and has produced countless sold-out performances. Buddy Guy is one of the most legendary artists of the current era, and his fan base cannot wait for his upcoming performance at Nob Hill Masonic Center. If you’re one of them, get your tickets right now and see Buddy Guy live on 24th September 2022. 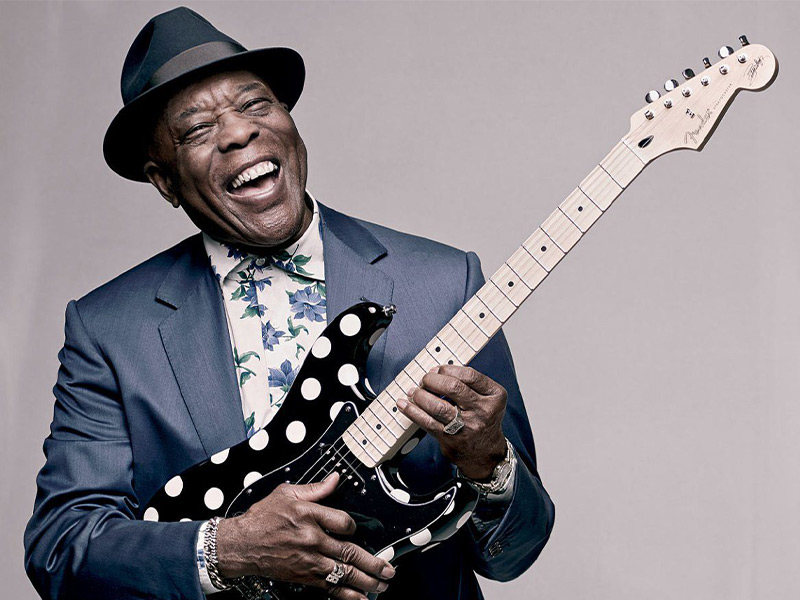 Buddy Guy’s legacy is eternal as the 85 years young Blues guitarist has produced music since the 1950s. The eight-time Grammy winner was rightfully honored with a Lifetime Achievement Award and an induction into the Rock and Roll Hall of Fame for his contribution to the music industry and the Blues music scene in particular. Eric Clapton once said that Buddy Guy is the “the best guitar player alive” and few would argue with that statement.
Guy continues to support his 2018 release, “The Blues Is Alive and Well Tour”, with the artist emphasizing keeping the genre alive in this modern generation. He has been working on new records since 2020 but has not released them yet and maybe fans can get a glimpse of that in the upcoming performances. Guy has returned to the stage after the post-pandemic situation, and there could not be anything better that he could do than entertain audiences with his incredible guitar playing. If you’re a fan of Blues music, or you’ve watched the biggest musical icons already, it does not get any bigger than Buddy Guy playing live at the Nob Hill Masonic Center. Make sure you get your tickets ASAP to watch him live on 24th September 2022.